NeuroKinetic Therapy® corrective movement system is a sophisticated bodywork modality that can be used as both an assessment and rehabilitative technique for low back pain, neck pain, carpal tunnel, and other injuries.

David Weinstock, author of Neurokinetic Therapy, an Innovative Approach to Manual Muscle Testing, co-developed this technique in the mid-1980s, and has used it to treat a variety of disorders that are featured on this website. The NeuroKinetic Therapy® corrective movement system protocol employing a system of precise muscle tests has the ability to change the programming of the Motor Control Center (MCC) in the cerebellum. The MCC coordinates all movement patterns in the body. It learns through failure.

A good example is a baby learning to stand. Through many attempts and failures the baby finally achieves success. But how? The MCC chooses the most successful attempts until standing happens without “thinking” about it. Conversely, after an injury, the MCC adapts to a compensation pattern and holds that in its memory forever unless it is convinced to change. A good example is a whiplash accident in which the posterior neck muscles brace for the anterior neck muscles. This pattern can endure forever unless there is some intervention.

When an NeuroKinetic Therapy® corrective movement system practitioner tests the weak anterior neck muscles, they fail thus opening the MCC to new learning. After the balance is restored, the MCC is “reprogrammed” and recognizes the anterior neck muscles. To complete the reprogramming, specific rehab exercises are assigned to “burn in” the new functional pattern. 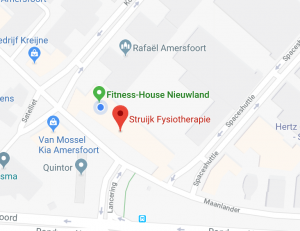